Mechatronics, Robotics Drone Technology is the Future of Mechanical Engineering? 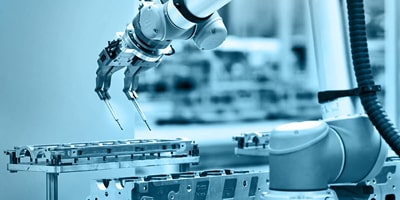 Mechanical engineers have traditionally had to deal with a wide range of ideas such as kinematics, mechanics, thermodynamics, structural analysis, robotics, and fluid mechanics. These ideas are used in the design of cutting-edge manufacturing units, automobiles, aircraft, and aerospace components.

They are also in charge of the testing, maintenance, and production of various engines, heating and cooling systems, power plant equipment, and other basic and sophisticated machinery. Mechanical Engineering is constantly regarded as a trending field, so let’s explore the most recent trends in mechanical engineering.

Mechatronics is a developing discipline that provides a variety of applications such as robotics, automation, nanotechnology, biomedical systems, and so on. It is widely employed for its economical and dependable solutions where mechanical work must be performed repeatedly and with great accuracy.

The position has a wide range of applications in industries such as automobiles, robots, aircraft and aviation, gas and oil, transportation, Defence, manufacturing, telecommunications, metallurgy, bio-mechatronics, and biomedical systems.

Opportunities exist at organizations such as DRDO, ISRO, and others in India. Demand is relatively higher in countries such as the United States, the United Kingdom, Russia, and Germany. Robotics Engineer, Scientist, Research/Automation/Mechatronics Engineer Machine Designer, Control System Engineer, and other job profiles are available. The initial wage package can range between 2.5 and 5 lakhs per year, based on a variety of criteria.

Robotics is a multidisciplinary engineering field with several prospects to work in some of the greatest organizations in India and overseas. Robots engineering offers numerous prospects for aspiring professionals, ranging from manufacturing units to experimental robotics for the medical, military, and automotive industries.

Robotics Engineering is concerned with the design, construction, and uses of robots and computers, as well as their manipulation and processing. Robotic science has a broad application since robots play an essential part in industry. They aid in the acceleration of the production process and have wide-ranging applications in nuclear science, marine exploration, the design of bio-medical equipment, and so on. A robotics engineer is responsible for all parts of constructing a robot, such as a robot design, maintenance, testing, and so on.

Drones, also known as unmanned aerial vehicles (UAVs), are robots that can fly autonomously thanks to embedded systems that use remote sensing, software development, GPS, and other technologies. This combination foresees a bright future for the widespread use of drones in providing services, particularly in locations where humans cannot physically serve.

They had been in the early stages until now, but broad adoption of such services will see a significant increase in the future. Drones provide enormous benefits to industries around the world, including increased job efficiency and productivity, lower manufacturing costs, enhanced accuracy, refined service, better customer relations, and security. With the Ministry of Civil Aviation amending the Drone Rules 2021, India is aiming to become a worldwide drone hub by 2030.

BTech Mechanical Engineering admissions are presently underway in several prominent engineering institutions in India, so if you have decided to become a mechanical engineer, now is the time to apply. Top engineering colleges in India are responsible for preparing engineers with employable skills, training, and knowledge to become assets in the industry.