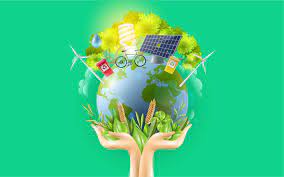 The Theme for World Environment Day 2021 is ‘Ecosystem Restoration’

REIMAGINE, RECREATE, RESTORE, this 3R rule will help humans in covering for the damage that we have already done to the planet and will help us in preventing any in the future.

For quite along now humans have used mother nature as a source of fulfilling their desires rather than fulfilling their requirements and they have nearly brought the p0lanet to the brink of extinction, natural resources are diapering day by day and the resources being polluted by the toxic waste produced,

In such an hour of an apocalypse, the need to know the need for saving the environment is a must and that is the prime focus.

So on this auspicious day of World Environment Day, the primary focus is on planting trees and going green to save the planet we live on.

As we mark World Environment Day on June 5, 2021, the reflection of our planet warns us about what we are doing and to take it seriously while there’s still hope to save it and us from the inevitable.

And that is no different for environmental alarm bells that have been warning us for the past few decades to stop and reconsider our current course.

The dramatic facts that abound biodiversity loss, environmental degradation, and climate change have been one of the major alarming bells for us since all of this began in the very first place.

Facts that we can not turn a blind eye to any longer have pinned us all in a corner and are now bombarding civilization with natural disastrous catastrophes.

Under the banner of World Environment Day 2021, ‘Time for Nature’, the United Nations Environment Programme (UNEP) which organizes WED, calls for people to recommit to protect the environment which we rely on for our health, water, food, medicines, clothes, fuel, shelter, and energy and every other life essentials.

Being proactive, rather than being Reactive is the best we can do in this world full of chaos, in safeguarding our natural environment is by far the safest and cheapest option that is available to mankind.

Just like global health, our environment is in crisis.

We are losing species on the planet at a geometric rate of 1,000 times greater than at any other time in recorded human history and that is a serious concern for civilization.

Ecosystems are being destroyed in exponential numbers, with wetlands disappearing three times faster than forests because the consumption rate is getting high day by day because of the drastic rise in population that has remained unchecked for years, and already we have lost a third of the planet’s forest cover because of deforestation and other possible reasons.

Marine life and fisheries are increasingly threatened as the ocean loses oxygen driven by climate change and pollution and also by overfishing that has been the cause of the degrading aquatic life in the past decade.

The world’s protected areas are degraded by poaching, expansion of agriculture, intensification of farming, and infrastructure that has changed the global temperatures is the prime cause of global warming and melting of ice and rising levels of the sea leading to the ultimate threat to the people who live on the coastal plains of the land across the globe.

Warning signals go on unabated, with recent climatic records revealing the hottest April worldwide since data collection began and that has arisen as a problem for the world environmentalists to deal with.

We are living in exceptional times, times in which nature is reminding us that to take care of ourselves, we must take care of the environment which sustains us or the human extinction will soon be a fact rather than a warning sign.

People retreated more to nature and green spaces in cities during the COVID-19 pandemic as they provided coveted refuges and boosters for mental health. 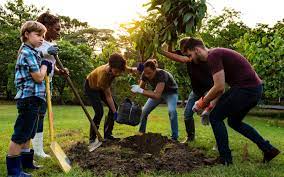 Political leaders from around the world’s leading cities have made calls and campaigns and have run projects, meetings and have taken other crucial steps in saving the environment and making some decisions that will benefit the human race and will give us a ray of hope in these hard times the world cannot return to ‘business as usual’ after the pandemic but what we can do is save nature by staying indoors and only getting out when it is absolutely necessary.

The hashtag #BuildBackBetter is gaining much traction, for cities and anywhere else across the globe and has now been a trend for quite some time and which gives us a hint that humans have started taking these warning signs seriously after ignoring them and foreseeing them for over five decades now.

The Build Back Better campaign aims for the economy to be rebuilt based on fairness and decarbonization for the sake of the greater good.

Mother Nature underpins our economy as we used her for our desires rather than requirements.

When ecosystems are damaged, from peatlands to mangroves to tropical rainforests, we not only destroy the habitat of species who call it their home but also a big part of ourselves and our chance of survival on the planet because of the disturbance in the lives of these species the food chain of the ecosystem will be imbalanced leading to the starvation or a direct threat to some other species in the food chain that depends on them and then ultimately us, we destroy the foundation upon which our society and economy are built, we destroy ourselves.

The pandemic has made the connection between environmental stress and human health much more apparent and the Shivalik college Dehradun has been contributing to the pandemic situations much as possible, on the occasion on world environment day Shivalik has come upfront and has taken the initiative of planting more than 500 plants and trees to help save mother earth and as a self-reminder of going green.

After due consideration, the management at Shivalik has finally concluded that for providing a safe environment to the upcoming future generations and also to their staff, students, and the management it is necessary for Shivalik as an organization to come up with eco-friendly practices in promoting the same in the world for a more stable and fruitful future and a better chance on the planet.

Shivalik has duly noted certain things during the pandemic and its aftermath, the International Corporations have now come up forward and have joined hands and brought in their efforts to combine their inputs and produce themselves with a better output and also a shot at surviving better on the planet and are now developing tactics plans and other arsenals that will help them in dealing with planetary emergencies.

Early and swift measures are critical but so is the need for inclusiveness and addressing social inequalities and that has been made up the goal and vision of these international corporations. 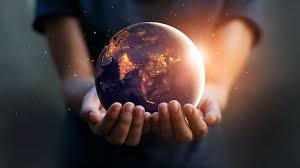