Top 5 projections in Artificial Intelligence for 2021 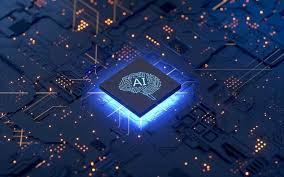 There has been good and bad news about AI in the year 2020. Of course, Bad News always gets preference and catches people’s minds. Some of the popular bad news in AI has been related to the Fake news Generation, Creating Porn fakes from Social Media images, Autonomous vehicles killing a pedestrian, AI systems attacking a production facility, Data biases creating problems in AI applications. In the good news, we have seen innovative Healthcare related applications being deployed in Hospitals, AI tools helping specially-abled people, Robots being used in an increasing set of domains, AI assistants, and smart devices guiding people in day-to-day queries and chores. The speed of evolution, adoption, and research in AI is accelerating. It will be important and essential for society to know what lies ahead on the road so that we are prepared for the worst and hopeful for the best.

AI will come out of the Data Conundrum

Although one of the main drivers for the success story of AI in the last decade has been the availability of exponentially increasing data; now the data itself is becoming one of the key barriers in developing futuristic applications using AI. Advancements in the study of human intelligence also show that our species is very effective in adapting to unseen situations which contrasts with the current capabilities of AI. In the past year, there has been a significant activity in AI research to tackle this issue. Specific progress has been made in. Reinforcement Learning Techniques that take care of the limitations of supervised learning methods requiring a huge amount of data.

Deep Mind’s recent achievement is on top of the success stories in this domain. The Star Craft-II system developed by them – taking the throne of the Grandmaster – is a game-changer and an indicator of the tremendous progress and potential of this technology.  Generating data through Simulation in the past year and will grow at a much faster pace in 2021 for many complex applications, it is almost impossible to have data of all variables related to the different phenomenon of that problem. For example, Autonomous vehicles, Healthcare, Space research, Prediction of natural disasters, Video Generation are some of the areas where high-quality simulation data will be much more effective.

In most of these cases, real historical data will be too limited to predict new situations that can occur in the future. E.g. Space research is coming out with new inventions every day and nullifying old assumptions; in such a scenario, any AI application using historical data is bound to fail. However, Simulations of new possibilities with high precision software applications can alter the direction of AI applications in these domains. Even in the cases where the applications are starving for additional training with local data; Public and Private organizations are coming forward to share and collaborate for data requirements. The Leaders are becoming more conversant with the requirements of AI and the mindset is changing. All these factors combined will have a dramatic effect in 2021 and will bring the dependency of AI on data to a lower level. AI will come out of the Data Cage.

We have seen the prototypes and demonstrations of content-generating Robots in the form of user reviews, news stories, Celebrity images, Funny Videos, Music Compositions, Short stories, and Artistic paintings. This is going to become sophisticated with the advancement in self-supervised learning led by NVIDIA, Google, and Microsoft; which are pushing the boundaries to new frontiers. Most popular Online Retail stores, Food Portals, Hotel & Travel aggregators, etc. are based on customer reviews. Till now, these were written by real customers and real humans. Most of us were putting our faith in the crowd and taking their reviews at face value.

This has become a key component in driving new sales in different business segments. So, we were relying on crowd intelligence. But with these new content generation Robots, all such businesses will be flooded with AI-generated reviews and it will be very easy to fool the Customer. Another Critical area is the opinion formation regarding various news, events, and issues concerning society. Social media, online campaigns, Messaging through different mobile apps have become key resources to build public sentiment on important issues. This is another area that is facing immediate danger of Artificial machines taking over human beings to form an opinion.  Next year this trend will consolidate and there will be a visible effect on democratic Governments. AI may become a key driver and a primary campaigner for elections. Those organizations, Individuals, or parties having AI supremacy will be able to win the elections and drive the world.

The world will speak and understand one Language: The Language of AI

With the tremendous success and improvements brought by BERT and GPT-2, the Language translation is coming of age. People talking to anyone outside their community will be talking through the Language of AI Middleware. In 2020, we have already seen devices that can help you converse with people speaking other languages. The offerings are going to become more qualitative and inclusive. More and more languages are being added with an amazing pace in such conversational devices. The impact of such technologies coming in mass usage will result in a plethora of applications being developed resulting in a great impact on business and society.

Movement of people, skills, and knowledge across borders with different language speakers will become more common. This will also bring transformation in the cinema, performing arts, and travel industries. This phenomenon will also affect the Higher education sector and affect different countries in diverse ways. It can prove to be an economic bonanza or a disaster based on the way the countries plan and embrace the changes. Proactive leadership that understands the future impacts of these technologies will be crucial to bringing a considered transition of society and a happy future to these countries.

AI is working in the same way for the powerful as Industrialization and Digitalization. People with resources are deploying and utilizing new-age technologies to their advantage. They have the resources to invest in new applications and become the first adopters of technology. The power of Artificial Intelligence is being combined to optimize Manufacturing and Energy Production. It is also being used to increase the efficiency of distribution networks, delivery chain, and connectivity. Every big business is progressing to further increase AI adoption including Airlines, Shipping Corporations, Mining Companies, and Infrastructure Conglomerates. Eventually, AI is further intensifying the divide between the haves and have-nots.

Common people are becoming pawns in the hands of AI applications. Their privacy is under attack. As the cost of labor is devalued due to automation and new technologies, the wealth will be owned by a tiny percentage of the people in the world. Genuine Voices, Groups, and organizations should strive for the development of Technology with a Human face. Already, the UN and other groups are working for Sustainable development Goals. Now, it is time that a proper framework is put in place involving all stakeholders so that the pace and direction of technology remain under the control of humanity. It will involve developing comprehensive moral, ethical, legal, and societal ecosystems governing the use, development, and deployment of AI tools, technologies, and applications.

Few countries in the world are already in the advanced stages of developing Lethal Autonomous Warfare Systems. Sea Hunter, An Autonomous Unmanned Surface Vehicle for Anti-submarine Warfare is already operational. China is in the final stages of deploying an army of Micro Swarm Drone Systems which can launch suicidal incognito attacks on adversary infrastructure. Other Permanent Members of the Security Council are working on Holistic Warfare Systems which are fully integrated with other functions of the Government. With a complex set of adversaries in place, Israel is working to use AI as a force multiplier and to make fast decisions in the prevailing nebulosity of hybridity. AI also helps greatly in asymmetric warfare.

AI has unlimited potential to launch Cybersecurity attacks of complex nature which will require adversaries to have superior AI capabilities to counter. As major financial systems of the world are online including banks and stock markets, they may become easy targets of Future AI systems for blackmailing and threatening Govts. In recent years we have seen a significant increase in AI-related defense budgets to help AI-enabled weaponization. This is going to further accelerate in the coming year(s). Precision attacks on individuals, distribution, and infrastructure networks of the countries will be enhanced by AI. We have already seen a precision attack powered by the US and Israeli Cooperation in Iraq, which resulted in the killing of Iran’s Top Commander.

With all these trends in the pipeline, it will be vital for organizations, Countries, and the world to set their AI strategy in place. To have competent people who are experts in AI will be indispensable and essential for survival in this new decade. We will need people who understand both the human and machine-operated ecosystems and can make emotionally sound judgments that are for the benefit of humanity.