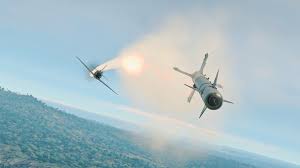 In today’s era, the infrared-guided missile systems have been sought after by various countries due to their high resolution, strong anti-interference, simple equipment, lightweight, low cost, and their high technology-based precise performance. All these factors are the reasons that as to why these are gaining popularity in the field and are becoming more reliable and better defence equipment to spend the precious dollars on and valuable time to make them better and better for their high efficiency to hit and destroy the target precisely. The system’s various indicators are tested during the research and development phase of these infrared missiles and with each test, a report is generated and the system is tested for its fail-safe certification at every stage, and only then is it shifted or moved to the next assembly line with other scientists or engineers to work on the next phase for its improvement.

The use of real targets in real environments for missile detection is not only expensive but also limited by actual conditions and also the dangers it involves in doing so, like weather and climatic parameters that are very necessary to be considered under different weather conditions and other environments that are to be considered because different weather conditions make the missile alter them from their target and so the precision changes and that is what is tested in the assembly line for these fail-safe systems the target’s detection of infrared missiles will produce impact, and it is impossible to test all of these cases separately. Therefore, the infrared semi-physical simulation device has become an indispensable link in the development and detection of infrared-guided missiles and has been highly valued by countries around the world because of its performance, precision, results, and impact it has because of all the various factors that this technology poses it is now one of th most advanced technological systems that a country’s defence  Moreover, the technology can be developed and can be made better and more reliable and this just adds to the fact that it’s truly a game-changer in the field.

Many known missile detection systems sense infrared radiation in a single band. This band of theirs contains information about the missile as well as the unwanted background. In another prior art approach, as used in the Defense Support Program (DSP), two discrete radiometers are used to cover two detection bands that are independently processed. However, such approaches can be defeated by a strong background signal that approximates or exceeds the target within its two relatively narrow detection bands. Hence it is also subject to a large number of false alarm indications when the detection threshold level is too close to the background clutter or to undesirably lower detection rates when the threshold is raised too high.

The errors affecting the optical system are analyzed, and the mechanical characteristics of the simulator are analyzed in-depth to obtain the final position of the seeker to receive the light source. The amount of eccentric tilt calculated from the matrix coordinates is precise. This infrared-guided missile detection technology is an interdisciplinary fusion of optical, mechanical, and electrical integration. It is suitable for the simulation and detection of short-range and small-scale missiles for the Defence sector or any other arms or ammunition grade company that has a use or need for it for the greater good.

It has the characteristics of long inter-pupillary distance, accurate target positioning, rotatable swing around the central axis, a remote control, and a test cycle. It can greatly improve the success rate of missile strike targets, shorten the simulation target time, and reduce the experimental expenses. The infrared-guided missile detection device has a simple structure, compactness, accuracy, and simple operation. It also has broad application development prospects in both military and private security firms or companies. The whole aim of making this system of missile detection system is for its strategic and tactical missile detection and its target detection requires basically two functions. First, is the detection of the missile launch and the burning of the propellant during acceleration into the ballistic trajectory so that it can be tracked down and destroyed before it hits its target.

Secondly, the missile must be tracked to determine where it is targeted and to stop it from meeting that target and achieving it. In the event of multiple launches, the number of missiles needs to be counted and tracked at substantially the same time because it becomes quite tricky even for an advanced machine to trace down and destroy more than one missile at a time before they reach their target. Remote sensing of visual, ultraviolet, and infrared sources currently employ electro-optical detection systems. The detection systems are mounted on platforms supported by satellites, airplanes, ships, or land-based vehicles. The detection systems include an electro-optical or optical sensor, typically a telescope, for collecting photons representative of a target and a detector for converting these collected photons into electrons and hence an electronic current. This enables information to be gathered about the target and also do what needs to be get done.

The strategic and tactical missile launch detection and tracking systems use infrared surveillance techniques employed by satellite sensors. The satellite sensors are required to view the whole earth at one time because the missiles could be launched from any remote location practically from any part of the entire planet hence it is necessary to determine where the missile is going and, from the trajectory, to find where the missile is likely to hit with a high probability of detection and to stop within time before it hits and eliminates all of its targets. According to these, satellite sensing systems have been developed that contain many individual picture elements or pixels so that the systems can detect, count and track missiles anywhere on the planet earth. In order to track missiles to the required accuracy, it is generally necessary that the pixels have an extremely high resolution so that they can observe an area of about a 1.5-kilometer square grid on the earth every few seconds to ensure the safety of the millions that live on the surface completely unaware fo the danger they are in every second that passes by.

To do this with a starting array several millions of pixels are often needed. Surveillance systems using these large staring arrays are quite heavy due, in large part, to the multiplicity of pixel elements employed. This future technology with both private and military applications has a very good scope to make a career in because this rough world has now many countries or other private firms or companies that use force as a means of business or to earn and so this technology is quite vital in taking the missile market as a career option and the young and innovative minds of that of the engineering are what it needs and so Shivalik trains its students in various disciplines of engineering about the basic necessities and technological advancements in this tech so that they can set foot in this market with head strong and good knowledge about what to do.