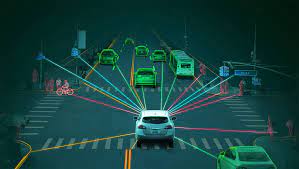 Imagine getting into your car, typing, or, better yet speaking a location into your vehicle’s interface, then letting it drive you to your destination while you read a book, surf the web, or nap. Self-driving vehicles are indeed the future technology that is underwork and are almost on the verge of completion and to be launched but once, it was also a dream and a project that was yet to be cleared. The stuff of science fiction since the first roads were paved—is coming, and they’re going to radically change what it’s like to get from point A to point B. The hype around driverless cars has grown rapidly over the past several years, with many big technology companies getting behind the concept has indeed made the common man restless to get their hand in one such kind of technological marvel.

Among the revolutionary changes will be safer roads, fewer fossil fuels, and lower transportation costs. An autonomous car is a vehicle capable of sensing its environment and operating without human involvement. A human passenger is not required to take control of the vehicle at any time, nor is a human passenger required to be present in the vehicle at all. An autonomous car can go anywhere a traditional car goes and do everything that an experienced human driver does.

Autonomous vs Self Driving

A fully autonomous car would be self-aware and capable of making its own choices. For example, you say “drive me to work” but the car decides to take you to the beach instead. A FAC, however, would follow orders and then drive itself. The term self-driving is often used interchangeably with autonomous. However, it’s a slightly different thing. A self-driving car can drive itself in some or even all situations, but a human passenger must always be present and ready to take control. Self-driving cars would fall under Level 3 (conditional driving automation) or Level 4 (high driving automation).

Autonomous cars rely on sensors, actuators, complex algorithms, machine learning systems, and powerful processors to execute software. Autonomous cars create and maintain a map of their surroundings based on a variety of sensors situated in different parts of the vehicle. Radar sensors monitor the position of nearby vehicles. Video cameras detect traffic lights, read road signs, track other vehicles, and look for pedestrians.

Fully autonomous (Level 5) cars are undergoing testing in several pockets of the world, but none are yet available to the general public. We’re still years away from that. The challenges range from the technological and legislative to the environmental and philosophical. Here are just some of the unknowns.

What happens when an autonomous car drives in heavy precipitation? Such questions about this technology will only be answered by technically sound candidates and that is why Shivalil College offers a specialization course in LIDAR and RADAR systems that are widely used in DEFENCE sectors and also private sectors and can help change the tech world forever.

Will autonomous cars have trouble in tunnels or on bridges? How will they do in bumper-to-bumper traffic? Will autonomous cars be relegated to a specific lane? Will they be granted carpool lane access? And what about the fleet of legacy cars still sharing the roadways for the next 20 or 30 years?

Who is liable for accidents caused by an autonomous car? The manufacturer? The human passenger? The latest blueprints suggest that a fully autonomous Level 5 car will not have a dashboard or a steering wheel, so a human passenger would not even have the option to take control of the vehicle in an emergency.

Human drivers rely on subtle cues and non-verbal communication—like making eye contact with pedestrians or reading the facial expressions and body language of other drivers—to make split-second judgment calls and predict behaviors. Will autonomous cars be able to replicate this connection? Will they have the same life-saving instincts as human drivers?